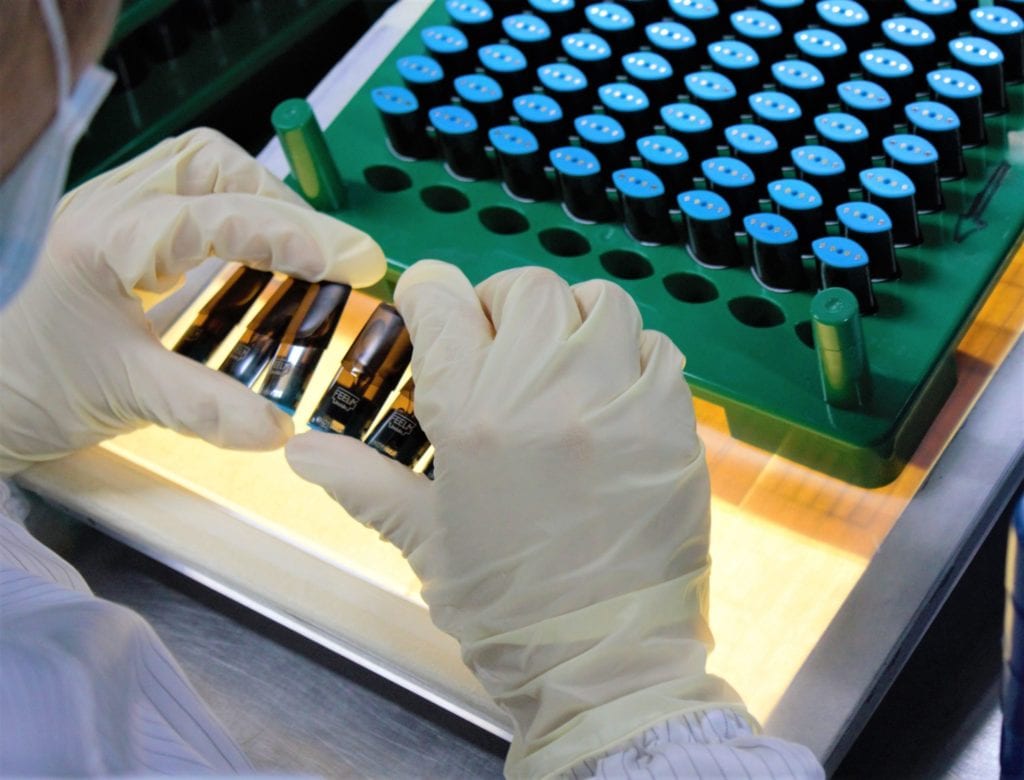 The company credited it’s FEELM atomization company and its innovative vaping solutions for its growing success. “The driving force of the atomization industry is technological innovations, which brings fundamental breakthroughs in product safety and flavor reproduction”, said Smoore Board Chairman, Chen Zhiping.

In a press release sent to Vapor Voice, Smoore also pledged to achieve carbon neutrality in its direct and indirect production and operational activities by 2050. Smoore is the first atomization technology company to announce a roadmap to carbon neutrality.

“It is largely attributed to the company’s flagship closed system vaping tech brand FEELM, which has been widely recognized by leading vaping brands around the world,” the release states. “To date, vaping devices loaded with FEELM atomizer have been exported to 50 countries in Europe, America, East Asia, Africa, and Oceania, with its accumulated sales volume surpassing 3 billion pieces.”

In 2021, SMOORE continued to strengthen its R&D investment. The total research and development expenses was approximately RMB670 million, representing an increase of approximately 59.7 percent over the previous year, according to Smoore. 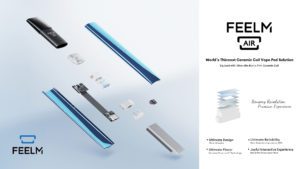 Smoore has also put into operation seven fundamental research centers in China and the U.S. As of Dec. 31, 2021, Smoore had a total of 1254 R&D experts, with 101 having a doctoral degree or above, according to the release.

“The number of the company’s accumulative patent applications is 3408, involving temperature control, heating element, leakage-proof performance and e-liquid storage; and the number of new patent applications in 2021 was 1,187 globally,” the release states. “In 2021, Smoore also introduced the latest generation of production line, realizing the fully automated production of assembly, e-liquid injection, and packaging. Now, the single-line production efficiency has reached 7,200 standard vaporizers per hour, maintaining the industry’s leading position in manufacturing. The fully automated production line has been used by FEELM’s clients on a large scale.”

According to the Frost and Sullivan Report, the global market size of vaping devices is expected to grow at a compound growth rate of approximately 25.3 percent from 2022 to 2026, and global consumers are expecting products with improved safety, more authentic flavor reproduction and powerful functions, to satisfy their diversified needs.

The FEELM Air features seven major breakthroughs in vaping experience, including harm reduction, flavor reproduction and leakage-proof performance. “FEELM Air is going to be firstly launched in overseas markets,” said Frank Han, president of FEELM and vice president of Smoore. “Currently, FEELM is working with global clients on the regional deployment and promotion of FEELM Air.” 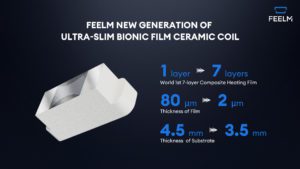 During Smoore’s 2021 Annual Performance Conference, Qiu Lingyun, vice president of Smoore said that the U.S and China have successively implemented a flavor ban on e-cigarettes, and Smoore has already prepared technical solutions for tobacco flavors in accordance with the U.S regulations over the last year, prior to the exposure draft of Chinese national standards of e-cigarettes that comes into force on May 1.