Juul Labs has reached another settlement in its youth marketing lawsuits. The vaping manufacturer has agreed to pay $22.5 million in a settlement with Washington state over claims that it unlawfully targeted underage consumers with deceptive advertisements.

The settlement comes after North Carolina last year struck a $40 million deal with Juul over how it markets products to underage users. The e-cigarette maker agreed to stop all marketing aimed at young people as part of that deal announced in June. 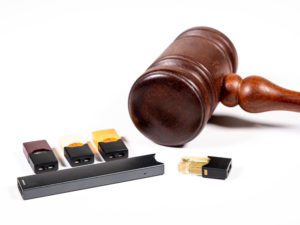 Juul didn’t clearly state that its products contained nicotine and for more than 20 months, from August 2016 until April 2018, “unlawfully sold hundreds of thousands of vaping products to Washington consumers,” according to Washington’s lawsuit filed in 2020, according to Bloomberg.

The company committed to reforms including stopping all its advertising that appeals to youth and ending most social media promotion in the settlement, according to the statement. Juul must also check Washington stores 25 times a month with secret shoppers to keep its products away from youth.

Juul said the settlement terms are consistent with its present practices and past agreements to help combat underage use.

“This settlement is another step in our ongoing effort to reset our company and resolve issues from the past,” the company said in a statement. “We support the Washington State Attorney General’s plan to deploy resources to address underage use, such as future monitoring and enforcement.”