Kaival Brands Innovations Group, the distributor of all products manufactured by Bidi Vapor, LLC, today announced the expansion of additional wholesale and retail accounts. The move is expected to bring the Bidi Vapor disposable e-cigarette’s reach to approximately 28,000 additional stores, according to a press release.

“We are encouraged by growing sales volumes in our second fiscal quarter generated by both established wholesalers and retailers selling the BIDI Stick in new stores, as well as new wholesale and retail accounts being added to our distribution network,” Niraj Patel, CEO of Kaival Brands said. “We anticipate the activation of approximately 3,900 new store locations over the next 45 days, including one new major retailer having already placed orders totaling more than $1.1 million.”

The expansion represents a positive development for the company since the U.S. Food and Drug Administration issued its marketing denial order (MDO) to Bidi Vapor this past September, as it did for about 96 percent of all manufacturers of flavored electronic nicotine-delivery systems (ENDS).

In February 2022, the U.S. Court of Appeals for the 11th Circuit granted Bidi Vapor a judicial stay of the MDO, pending the resolution of Bidi Vapor’s ongoing merits-based litigation. In effect, the judicial stay means that the MDO, which covered the non-tobacco flavored BIDI Sticks, is not legally in force.

Accordingly, Kaival Brands anticipates marketing and selling all 11 flavored BIDI Sticks, subject to the FDA’s enforcement discretion, while Bidi Vapor continues with its merits case challenging the legality of the MDO, according to the release. 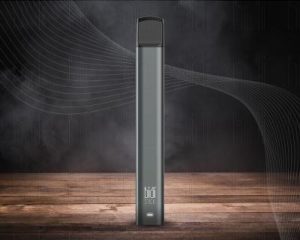 “This was a significant event not only for Kaival Brands and Bidi Vapor, but the entire industry,” said Patel of the court decision. “The judicial stay granted in February allowed us to resume sale of all 11 flavored products in the BIDI Stick lineup. We are eager to return our flavored products to the shelves of retailers that comply with the Prevent All Cigarette Trafficking Act so adult consumers can enjoy their preferred flavors once again. As a result of the judicial stay, we expect revenues to resume an upward trajectory as renewed distribution ramps up and sales of flavored BIDI® Sticks increase.”

“Products in the vaping industry should be developed and placed in the market under a high degree of supervision, such as the FDA’s PMTA process or the FDA’s drug-approval process,” continued Patel. “We anticipate that as the FDA begins enforcement against illegally marketed and synthetic-nicotine vaping products, there may be an increased demand for compliant and legal vaping products, such as the BIDI Stick.”