As the saying goes: When the going gets tough, the tough get going.

Thanks to the Preventing Online Sales of E-Cigarettes to Children Act that passed last year, retailers have had to hustle to deliver vapor products to their customers.

Although some alternative logistic solutions have emerged and the USPS has made some exceptions for business-to-business shipments, delivering vapor products to consumers remains a huge challenge—especially for customers who live outside of major metropolitan areas.

“We stopped shipping when the USPS ban went into effect,” said Char Owen, CEO of Cloud 9 Vapor Shop. Cloud 9’s two shops in Seguin, Texas, and Kenedy, Texas, are 40 miles and 60 miles, respectively, from San Antonio. She said the software to track shipments was too expensive, adding that some quotes were as high as $100,000. Even quotes that were closer to $20,000 put this option out of reach.

“And if we didn’t use software, we would have to hire a person to keep up with it, and that wasn’t within our reach either,” she said. “We are two small stores, and we’re not big shippers, but our stores are in areas where customers might have to travel over an hour to get to us. With current gas prices, it would absolutely be cheaper to ship; however, we can’t afford that option anymore.”

While Owen said her stores haven’t taken a big hit, the PACT Act had a huge impact on the customers they used to send shipments to. “It’s the remote vaper that got hurt in this case,” she said.

Exceptions to the rule

It’s rare, but business and regulatory exemptions to the PACT Act have been made.

“Halo’s tobacco and menthol vape products are in demand by adult consumers throughout the country, and we are excited to have USPS solidify the supply chain,” said Kevin Dietz, director of Halo brand sales, adding that several of Halo’s ENDS products are in the final stages of the U.S. Food and Drug Administration’s premarket tobacco product authorization process.

Filling the shipping void are companies such as X Delivery, which promises to satisfy all PACT Act requirements, including verifying the purchaser’s age and obtaining a signature from an adult aged 21-plus upon delivery. Other restrictions—such as the maximum weight requirement (no more than 10 pounds), requisite stickers indicating that the package contains a “tobacco” product and a notice that the recipient is required to pay taxes on the purchase—must be met.

“All shipping has unique challenges. The fact that the national carriers opted out of shipping vape products shows us that they’re only interested in the drop-and-run delivery model,” said Paul Vinuelas, chief logistics officer for X Delivery. “We are dedicated to ensuring compliance and protecting youth from obtaining these products. While it may take a bit more effort to perform our deliveries and audit them for PACT Act compliance, we think it’s worth it.”

While they only began shipping vapor products in late 2020, X Delivery worked closely with vape companies to build a fully compliant service. An application programming interface helps streamline the shipping process and sync data in real-time across various platforms. They’ve also connected empty warehouses, local delivery services and other supply chain assets to their sophisticated system in an effort to speed and simplify the flow of information.

When Vinuelas spoke to Vapor Voice (“Stand and Deliver,” Issue 2, 2021) last May, he said X Delivery could ship products to consumers in about 90 percent of the U.S. He was cautiously optimistic that the company could eventually increase coverage to include the entire country.

“Our long-term goal is to be the No. 1 shipping carrier for D2C e-commerce brands,” Vinuelas said. “We understand the relevant laws in detail and are determined to be a good partner to vape and e-cigarette merchants.”

Shipping vapor products with X Delivery comes at a cost, which is why smaller retailers, such as Cloud 9, decided to restrict sales to its brick-and-mortar locations. Other retailers, including Five Pawns, had to reengineer the way they handle all shipping.

“When we were prohibited from shipping via USPS, UPS and FedEx, we were forced to use a third-party logistics service,” Oku said. But even with this service, he said that delivery to all areas—even areas in Five Pawns’ own California backyard—remain problematic.

“The fact that each shipment requires a signature from an adult on the premises has caused frustration with many customers. Our customers are forced to make arrangements to have someone of age at home midday for several days so [that] they don’t miss their shipments,” he said, adding that some shipments are taking 15 days or more.

“These companies don’t have effective tracking data, so customers have no idea when their order will arrive,” Oku explained. “Many [customers] reported shipments being delivered in an unmarked van as late as 9:30 p.m. We have elderly customers completely inconvenienced, frightened of strangers coming to their door at night and ultimately fearful they may no longer be able to get their e-liquid.”

Regardless of the workaround shipping solutions devised by vape companies, challenges will continue to mount as anti-vaping legislation continues to be popular with misinformed politicians.

“While we understand and agree with the need for reasonable and responsible regulation, our concern is that these overarching regulations and restrictions will push vapers back to deadly combustible tobacco products,” said Maggie Gowen,vice president of retail marketing and communications for AMV Holdings. AMV Holdings is the largest operator of specialty brick-and-mortar vape stores in the U.S., with over 120 retail locations, as well as the parent company for numerous major e-liquid brands, including Alohma, Kure, MadVapes and MAXX.

“We have a lot of customers in rural areas and other areas with shipping restrictions who are very upset that they can’t purchase their vapor products like before,” Gowen said. “Excessive shipping costs due to the PACT Act requirements just added to their frustration. At what point will these vapers simply give up and revert back to combustible tobacco because they cannot access vapor products? That is our biggest fear.”

AMV Holdings conducted a large behavioral study and found that nearly 90 percent of its customers were former smokers with an average age of 37 years; roughly half had been smoking for 10 years or longer before they started vaping. A third of them had tried traditional nicotine-replacement therapies to quit, and over half had tried to quit cold turkey.

“Our data tells the story of a group of adults—not minors—desperate to quit smoking, who ultimately found vaping and were able to successfully kick the cigarette habit using ENDS products,” Gowen said.

Vapers are the victims

“No member of Congress who pushed for this law took the time to understand its implications for small businesses. From conversations on the Hill, it was painfully clear that the sponsors were ready and willing to see the industry and its adult consumers take some pain.

“In the era of TikTok and Snapchat, and despite dealers who don’t hold business licenses or collect excise taxes, very few teenagers have been stopped from accessing vaping products by this law,” Conley said. “Like with most anti-vaping policies, the primary victims are adult smokers and ex-smokers just trying to live in peace.”

The story isn’t over, however. Business owners are searching for solutions. “For years, we have had to fight tooth and nail for the rights of our consumers,” said Schell Hammel, president of The Vapor Bar, a Dallas area retail store chain, and director of Chapter Relations for the Smoke-Free Alternatives Trade Association. “This stand by the shipping companies is just one other way to make it harder to get these products to those who need them to stay successful.

“We will always find a way,” Hammel continued. “We are a resourceful bunch, and no matter what, we will continue to fight for our consumers’ rights and those who are able to keep their doors open to serve them.” 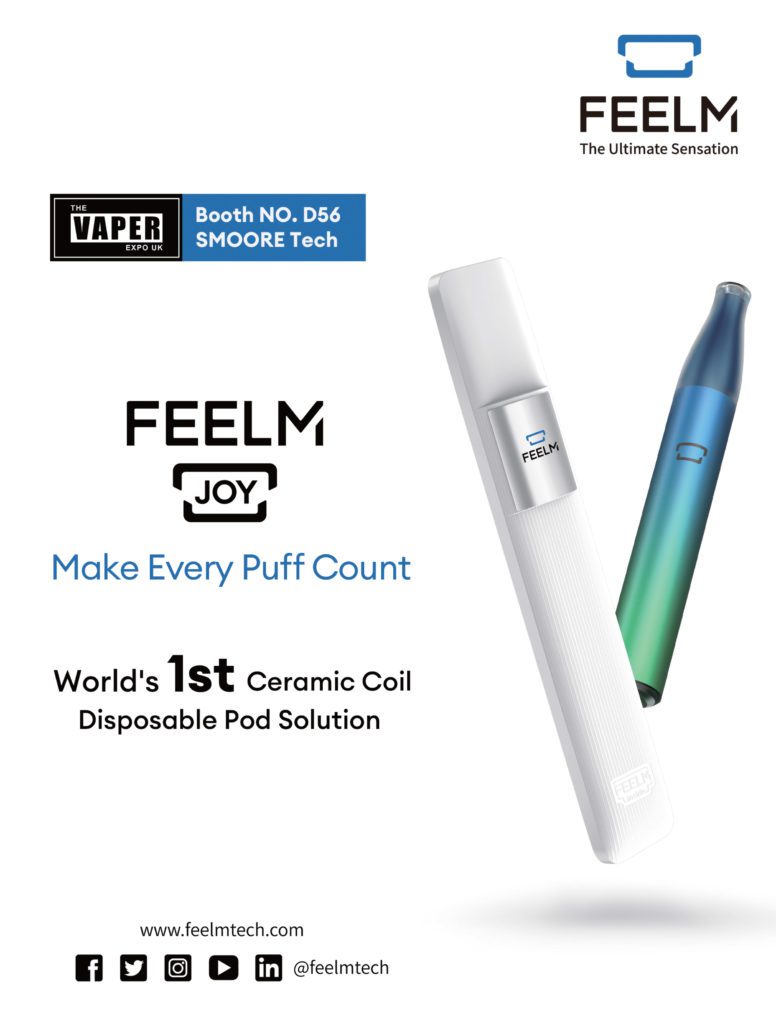