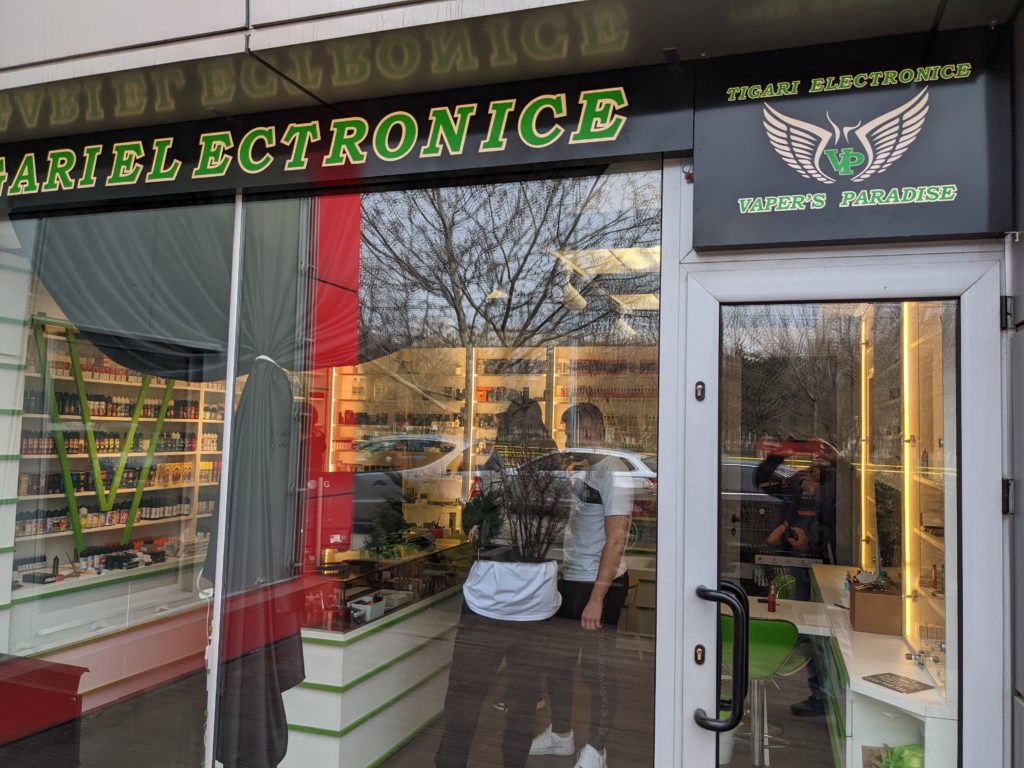 Romania is more progressive when it comes to vaping than many of its neighbors.

Romania, a country of just under 20 million people, is considered progressive when it comes to vaping. As a member of the European Union, it follows the Tobacco Products Directive, which has been in force for almost a decade now.

Romanian law prohibits the use of e-cigarettes on public transport and e-cigarette sponsorship and restricts much of the advertising of vaping products. A text-only health warning is required to cover 30 percent of the product package, according to tobaccocontrollaws.org.

The country has a high percentage of smokers, estimated to be about one-quarter of the population, which is dropping. Whether those former smokers have quit nicotine entirely or moved to vaping is hard to determine. As in many places, vaping is embraced primarily by the mid-20s to mid-30s age groups, with about 3 percent of the population being vapers. 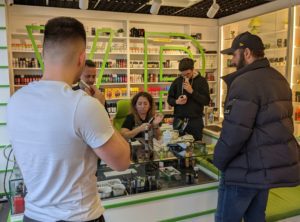 Remarkably, at a time when the popularity of vaping is increasing throughout Europe, only 1.5 percent of Romanians under the age of 24 vape. Overall, it appears that about 2 percent of the Romanian population has taken up the habit. This creates many new opportunities for budding entrepreneurs.

With a growing number of shops in the capital city of Bucharest, I visited two of them to get a better feel for their perspectives. I also wanted to know if the shops were getting business from Turkey, just a few hundred miles away, where vape shops are illegal.

Florin Mincu is an early innovator in the vapor business. He opened Vaper’s Paradise in 2010.

“My taxi driver from the airport was smoking, and I saw him put what I thought was a lit cigarette in his shirt pocket. “‘Whoa,’ I said, ‘what did you just do?’ He explained that it was an e-cigarette, and he bought it from a black market guy selling them out of his trunk,” said Mincu. “I knew this was important, so within two hours, I had the taxi driver take me to meet this person. Remember, these were the days before true vape shops. I used the products he was selling and quit smoking in two months, and that is when I opened my first shop.” 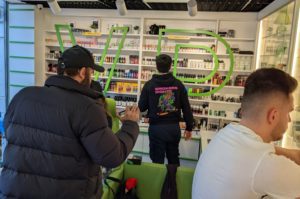 When I hear stories like this, I wonder if I would have been so impulsive, but Mincu did not hesitate. Now, a dozen years later, he has two shops. In his main shop, with only 20 square meters (215 square feet) of space, he earns upward of $50,000 in revenue. In the Romanian context, this is a hugely successful shop.

We spoke about the government’s attitude and support of vaping, and he said they are “about 50 percent in,” which means they don’t support it, but they don’t outlaw it either. Fortunately, the country is pro-tobacco, so when he opened his shop, authorities assumed it was just another tobacco business.

After talking with Mincu, I spoke with another shop owner who requested anonymity, but both shops said the average age of their customers is about 30. As in many countries, no one under 18 is permitted inside the vape shop.

Vaper’s Paradise carries single-use and disposable kits, but the store is still pretty “old school,” with big mods and the heavy vapor products featuring prominently in its collection. Because of that, Vaper’s Paradise carries an impressive assortment of liquids, including American-made Five Pawns and Got Vape. Mincu prefers the U.K. brands, especially Nasty Juice, since it offers better pricing, great flavors and enjoys great popularity among his customers.

He also favors Nasty Juice because it burns cleanly and the cotton lasts much longer, and he’s a fan of U.K.-made Kilo but says this product is tougher to get now. 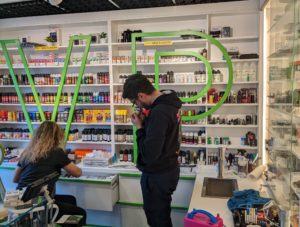 “About half our customers are getting into the disposables, but I have a large YouTube following, and they know I have a sophisticated taste for liquids, so they follow my advice,” he claimed. “Quality and flavors are what keep our customers happy, but even more important, any RDA [rebuildable dripping atomizer] hardware must be easy to use.”

Mincu does a lot of RDA builds and is always trying to improve the quality of the products. By trial and error, he developed his own technique, which he teaches to others. The coil has a very specific sound—and quality—when he gets it right.

They call it “polita,” which may not be a real word, but the sound it makes is very real.

He also said that many reviewers go into too much detail when evaluating hardware. “It’s not required to spend an hour on an atomizer,” he griped. “They are not that complicated! I try to keep my reviews short and tight and keep reader’s already short attention spans.”

Both shop owners agree that the Romanian vapor market is driven by flavors—a universal reality that makes the Food and Drug Administration policy so restrictive for their colleagues in the United States. When asked about the future potential for vaping in Romania, both entrepreneurs I spoke with were bullish and said they planned to open new shops in 2023.

Mincu has a big vision and is planning a shop about five times larger than his current outfit. He also has a robust online presence, and when asked about that bleed-over business from Turkey, where there are no legal shops, he said, “Absolutely. You cannot keep products out of people’s hands today. If someone wants something, they will find a way to get it, and we should know by now that telling someone that a product is illegal will only make them want it more.” 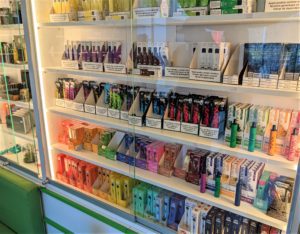 Mincu gets a lot of airline employees and pilots from different countries that are more restrictive about vaping products. And although Romania has vaping industry trade groups, Mincu has not joined any of them because “they don’t want to change, and they avoid new technology”—a common complaint shared by vapor industry representatives in many countries.

Mincu and I finished up our conversation by speaking about hemp, CBD and cannabis. Hemp and CBD still operate in a regulatory gray area in Romania, and even though Mincu has received offers to sell those products, he does not. It’s not worth the risk, he says, since CBD cannot contain THC, which remains illegal in Romania. However, Mincu expects this to change in the next few years.