All nontobacco nicotine is now subject to the same regulations as tobacco-sourced nicotine in the U.S.

It was both expected and unexpected. Everyone in the vaping industry knew that at some point the U.S. Congress and the Food and Drug Administration were going to decide on how to handle synthetic and nontobacco nicotine. It was generally believed that regulation would appear in an appropriations bill in September, meaning vaping advocates thought they had time to fundraise and prepare for a battle.

They did not. Instead, the language for changing the definition of the Tobacco Control Act (TCA) to include all nicotine products was buried on page 1,861 of the 2,741-page omnibus spending bill that was signed by President Joe Biden in March. How the rider found its way into the omnibus has caught the ire of many in the industry who say major tobacco companies are seizing the vaping industry away from the small business owners who got it started.

Senator Richard Burr was allegedly approached by R.J. Reynolds and Juul Labs representatives about getting the synthetic nicotine rider in the omnibus that at the time was winding its way through Congress. Burr joined forces with fellow senators Dick Durbin and Patty Murray and Representative Frank Pallone to get the nontobacco nicotine language into the omnibus, according to two Senate sources familiar with the discussions, as reported by Bloomberg Law.

Azim Chowdhury, a partner with the law firm Keller and Heckman, said he interprets the rule to mean that all synthetic products already on the market or newly marketed within 30 days after the enactment date can continue to be marketed during the 60-day period following the enactment date. The law became effective on April 14, and manufacturers will have until May 14, 2022, to either submit a premarket tobacco product application (PMTA) to the FDA for each vaping product that contains synthetic nicotine or pull their products from the market.

Manufacturers that submit PMTAs to the agency by the May 14 deadline can continue marketing their products until July 13, 2022. Beyond that date, all products must be removed from retail stores unless the FDA has issued a marketing authorization, according to Chowdhury.

“We do not anticipate FDA authorizing any synthetic nicotine products by the end of the 90-day period, though they may take another Fatal Flaw (the term Fatal Flaw was used by the FDA for PMTA submissions that didn’t have specific studies and were subsequently denied) approach to quickly deny applications,” said Chowdhury. “Significantly, the rider in its current form indicates that a synthetic nicotine version of a product that already went through the PMTA process and is subject to a refuse-to-accept, refuse-to-file, marketing denial order (MDO) or withdrawal of a marketing order would have to come off the market as of the effective date—i.e., after 30 days of the law’s enactment.

“In simpler terms, for products that were previously formulated with tobacco-derived nicotine—and the only change was a switch to synthetic nicotine—and whose PMTAs have already been refused or denied, those products will effectively be banned on the effective date—30 days after enactment—with no opportunity to submit a new PMTA. This is Congress’ way of punishing companies whose PMTAs were denied and then, in their view, sought to circumvent the law by switching to synthetic nicotine.”

Michelle Minton, writing for the Competitive Enterprise Institute, states that given the FDA’s sluggish track record, many of the applications may not even be reviewed, let alone approved, in that time, which would make the bill a de facto prohibition on those products. “FDA has made it painfully clear that there is no way for those companies to earn its approval,” Minton said. “All it will do is guarantee that companies and consumers are pushed in ever-greater numbers toward a growing illicit market where there are no consumer protections and no age restrictions—or back to smoking.”

Beyond the PMTA conditions, if a marketing order is granted, manufacturers of synthetic nicotine products are also subject to all the regulations for tobacco products. Keller and Heckman interpret this to include all additional TCA requirements, including tobacco product establishment registration and product listing; ingredient listing; ensuring that labeling is compliant, including required warning statements; and health document submissions, among others.

Yael Ossowski, deputy director of the Consumer Choice Center, said that making companies ask permission to sell harm reduction products in the 21st century is “asinine.” Using “sleight of hand” during an emergency government funding bill to “castigate millions of vapers and the entrepreneurs who make and sell the products they rely on,” he noted, is the definition of active harm.

“Only the largest and most powerful vaping and tobacco companies can afford the lawyers and the time necessary to complete the paperwork necessary to pass the FDA’s process, meaning thousands of hardworking American business owners will now be forced to close, depriving millions of adult consumers of harm-reducing options. Many will be forced back to cigarettes,” said Ossowski. “Synthetic nicotine is an innovative method of providing nicotine independent of tobacco, and millions of American adults now use these products as a less harmful method of consuming nicotine. A backdoor bureaucratic power move like this represents a sledgehammer to the men and women of our country who have sought out vaping devices to kick their cigarette habit.”

There is no sell-through period for retailers of synthetic nicotine products if the manufacturer does not file a PMTA with the FDA by May 14. While some manufacturers plan to end sales of their synthetic products by the deadline, as Ossowski suggests, others plan on submitting robust and timely applications. Patrick Mulcahy, CEO and co-founder of Streamline Group, parent to the Streamline Vape Co., wrote in an email that his company has been working toward a solution to navigate the regulatory landscape for newly deemed synthetic nicotine products.

“We have recently contracted with Accorto Regulatory Solutions to manage, submit and deliver a complete set of premarket tobacco [product] applications. To date, their track record of applications submitted have received zero MDOs. Their commitment to submitting a complete and robust PMTA is the level of service Streamline aims to provide the market with our current and future line of products,” he said.

“Streamline’s goal during this process is a commitment to provide full transparency, informational updates and other news related to these regulatory requirements as we progress through the various phases of the PMTA,” Mulcahy stated, adding that market confidence is a top priority for Streamline Group, which was submitting PMTAs for its Juice Head brand e-liquids, disposables and nicotine pouches along with its NIIN brand e-liquid and pouches.

April Meyers, owner of Connecticut-based Northeast Vapor Supplies and CEO of the Smoke-Free Alternatives Trade Association (SFATA), told Vapor Voice that her organization believed the industry would have more time to hold discussions with legislators on the Clarifying Authority Over Nicotine Act of 2021 (HR 6286) introduced by Representative Mikie Sherrill in December of last year. SFATA members were aware of the mounting pressure on the subject of synthetic nicotine and had been developing strategies to counter the pressure.

Given the inclusion of vapor in the Prevent All Cigarette Trafficking (PACT) Act in the 2021 omnibus, the nonprofit vapor industry advocacy group was not completely surprised to learn that HR 6286’s language had been included in the 2022 omnibus bill, according to Meyers.

“We went immediately to work educating our members on the issue, executing a call to action and making a volley of calls to sources at the Capitol, including our contacts at the freedom caucus,” said Meyers. “Those sources confirmed that a handful of large vapor companies and several Big Tobacco companies were in support of the measure. We were also informed that the House and Senate votes would move quickly and that there was little opportunity to get the provision removed. This was discouraging, to say the least, but did not dissuade us from acting. This industry has learned to mobilize quickly and has achieved several victories under similar circumstances.”

Meyers said that while the sponsors of the synthetic nicotine rider claimed the intent was to close a loophole on synthetic nicotine-derived products from large companies now popular among youth, the rule, and others like it, are very unlikely to have that intended effect. Instead, she said, consumers using these products as a harm reduction option will suffer alongside all the small businesses that have always operated in full compliance with federal, state and local laws.

“The FDA created a problem by overregulating a product used by millions of adults who find vaping a safer alternative to smoking. When a market in high demand is overregulated, gray and black markets emerge where there are no regulations requiring safe products or ID checks. The vapor industry is incredibly resourceful,” Meyers said. “SFATA believes our government should have learned its lesson from the 1920s that prohibitionist policies never work. In this country, and particularly, this industry, where there is a will, there is a way. Despite the attempt to bring the vapor industry to heel, adults have been vaping flavored products in the U.S. for [nearly 15 years]. It is delusional to think that will be snuffed out with the signing of a law. Our fear is that this will pave the way to a growing illicit trade market while simultaneously increasing smoking rates across the country as studies have already demonstrated in localities with flavor bans.”

Tony Abboud, president of the Vapor Technology Association (VTA), said that everyone who understands anything about PMTAs knows that an application cannot be filed within the 90-day time frame, particularly because the FDA requires at least six months of scientific data for such an application. He said the new rule could become a de facto ban on synthetic nicotine that would have some unintended consequences.

The VTA hired economic research firm John Dunham & Associates to evaluate the negative economic impacts that a synthetic nicotine ban would have in the U.S., according to Abboud. The results included 16,100 lost jobs, over $800 million in lost wages and $2.5 billion in lost economic output. It would also cost the U.S. more than $500 million in yearly taxes.

Amanda Wheeler, owner of Jvapes and president of American Vapor Manufacturers, said during the 103rd annual meeting of Vapor Voice’s parent company, TMA, that she hopes the FDA offers “some kind of enforcement discretion” to small businesses, especially those manufacturers that are trying to follow the rules.

“I can only plead with the FDA at this point not to repeat the mistakes of 2020 and 2021, finding an arbitrary reason to toss all of those applications out on their ear. The consequences this time are even more dire,” said Wheeler. “We have this serious handicap on our hands as far as the time frame … I think we need to treat businesses equitably and recognize that there is only so much that people can do in 60 days. And enforcement discretion would be the thing that’s most helpful to prevent companies from having to look for an alternative solution.” 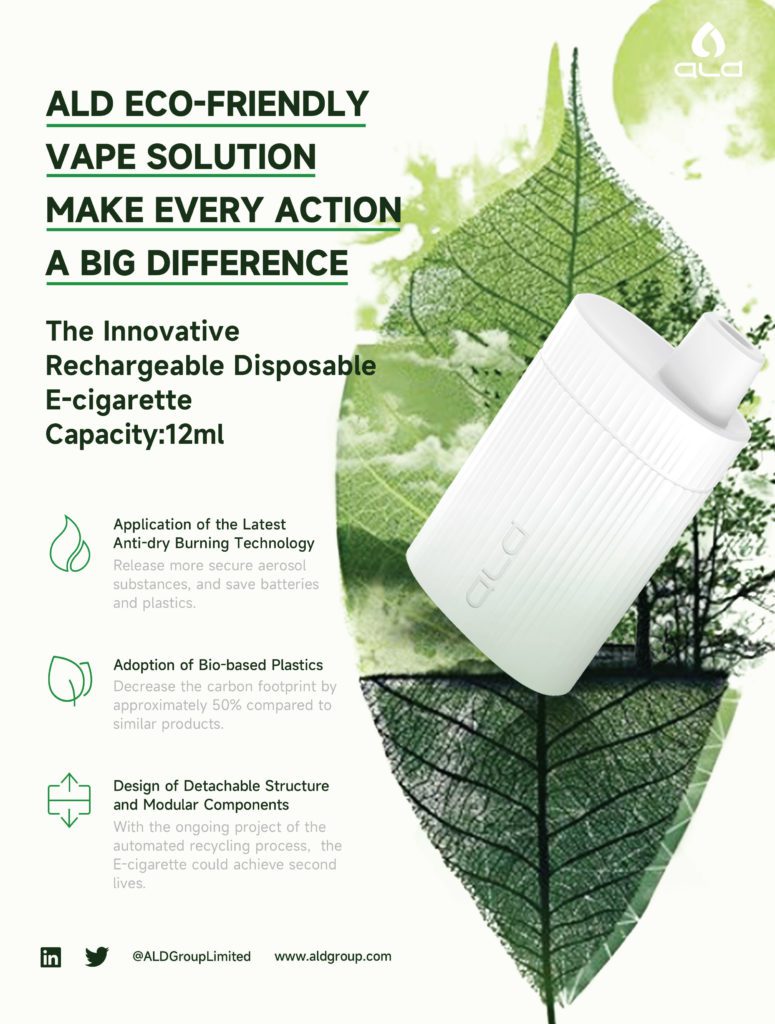