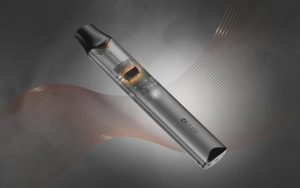 The two weeks ended April 9, 2022, was the first time Vuse surpassed Juul to become the No.1 e-cigarette brand in the U.S., according to Nielsen. The company had a market share of 35 percent, driven by the Vuse Alto, which represents more than 90 percent of Vuse’s 2021 revenues in the U.S. Vuse has been narrowing the gap with Juul since Dec. 2021.

Several analysts reported on May 3 that Vuse had barely edged past Juul in the Nielsen analysis of convenience store data that covers the four-week period ending April 23. Vuse was at a 34.8 percent market share, while Juul was at 34.4 percent.

It was the first time Vuse held the top market share in the Nielsen report since November 2017. However, for the past 52 weeks, Juul remains ahead 36.6 percent to 30.5 percent.

By comparison, Juul held a 74.6 percent U.S. e-cig market share as recently as May 2019, which is when a series of regulatory actions led to product-reduction concessions by Juul Labs. In the Neilsen report released May 3, NJoy dropped from 3.2 percent to 3.1 percent, while Fontem Ventures’ blu eCigs was at 2.1 percent, down from 2.3 percent.

In early April, blu received a marketing denial order from the U.S. Food and Drug Administration for it MyBlu products.

Juul overtook Vuse as market leader in 2017. Juul, founded in 2015, captured a 68 percent share of the U.S. vaping market within 3 years while Vuse’s market share had reduced to 10 percent from all-time high of 44.2 percent in 2016, according to a press release from Bluehole New Consumption.

While the Juul and Vuse products differ in many ways, one major difference is that the Juul and Vuse Alto products use diferent coils. Juul products use a traditional cotton coil, while Vuse Alto has adopted a FEELM ceramic coil. In 2018, Vuse entered into partnership with FEELM, the flagship atomization brand for SMOORE and launched Vuse Alto later that year. SMOORE has been instrumental in every approved vaping product (Vuse, Logic and Njoy) brand.

In 2021, Vuse announced its status as the No.1 global vaping brand with a full year value share of 33.5 percent in the top five vapor markets (the U.S, Canada, France, Germany and the UK), according to Bluehole. The five markets represent approximately 75 percent of total industry vapor revenue for closed-system products.

In October 2021, the FDA issued its first marketing granted orders to Vuse Solo. In April 2022, the FDA approved NJOY’s Ace for sale. The Ace is also powered by FEELM atomization technology. In late March, the agency approved several Logic products for sale in the U.S.

The FDA is expected to make announcements on the PMTA status for Vuse Alto, Juul and other market-leading vapor products by May 16.