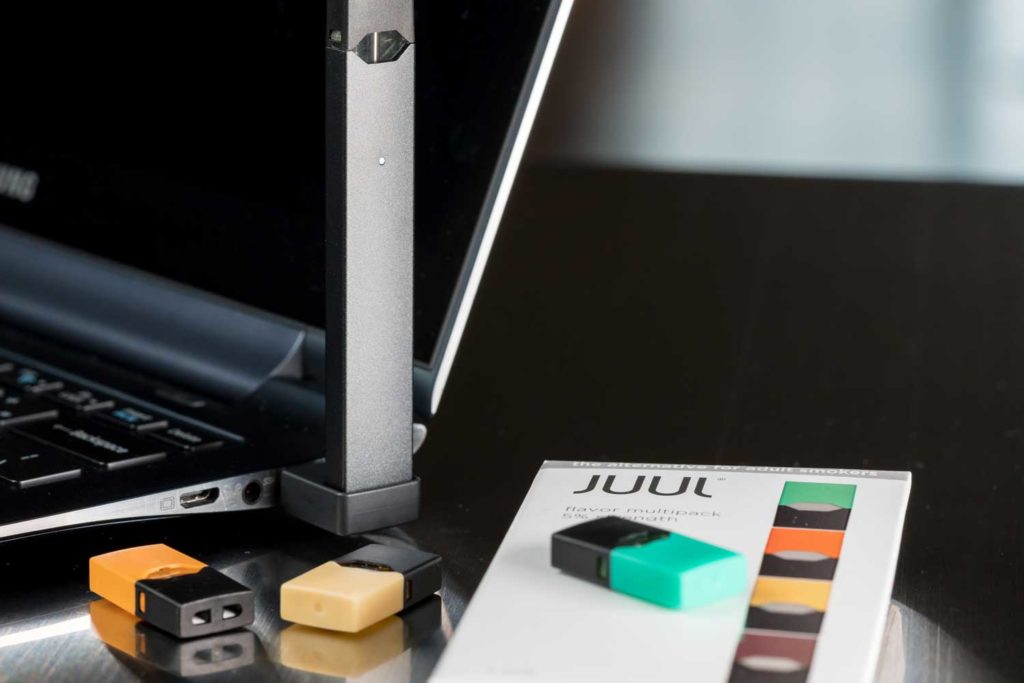 Let the shock settle in. The U.S. Food and Drug Administration is preparing to order Juul Labs to take its e-cigarettes off the market in the United States, the Wall Street Journal reported on Wednesday, citing people familiar with the matter.

Todd Cecil, deputy director for the FDA’s Center for Tobacco Products’ Office of Science, told Vapor Voice during the Next Generation Nicotine Delivery seminar in Miami that he could not make a comment on the Juul decision until the FDA formerly issues a marketing denial order (MDO).

The news sent Altria’s stock (MO) on a massive drop, falling more than 10 percent once the news broke.

Wells Fargo analyst Bonnie Herzog wrote in an email that while the news comes as a bit of a surprise, she doesn’t believe all is lost for Altria and the company has several options it can pursue, adding that the sell-off today is overdone with the stock having lost an estimated $7 billion of market capital.

“First, assuming the FDA does in fact issue an MDO for Juul, we believe the impact is far from certain given Juul’s likely options to appeal or challenge it (via a court decision similar to Kaival Brands’ approach for Bidi Vapor Sticks and IMB’s use of the appeals process for myblu), revise its [premarket tobacco product application] PMTA application, or sue the FDA altogether,” wrote Herzog. “Also, with no detail yet on the FDA’s rationale, it is tough to know how the agency is thinking about an MDO on Juul in the context of its broader efforts to encourage adult smokers to quit and/or move down the continuum of risk to less harmful alternatives (e.g., e-vapor, heat-not-burn, oral nicotine pouches, etc) especially given Juul’s critical leadership in e-cigs.

“While it is unclear how the FDA is thinking about the remaining PMTAs that are pending (especially the popular VUSE Alto line), we have a hard time imagining the FDA would categorically remove highly popular e-cig brands without ensuring a suitable off-ramp for users (that isn’t back to combustible cigs).”

It is expected that Juul will receive the MDO in a response to its PMTA because of its product’s potential to appeal to youth. The company has also seen a slump in sales recently, and has been taken over by RJ Reynolds Vapor Company’s Vuse brand e-cigarette in Nielsen rankings for the last two quarters.

“We expect the company to appeal, with the products remaining on the market,” Vivien Azer, managing director for cannabis, consumer beverages and tobacco at Cowen Inc., New York, said in a research note.

George Cassels-Smith, CEO of Tobacco Technologies, says Juul receiving an MDO is ridiculous. “For a company that has that has been a standard in this industry and has some of the highest quality products on the market, its shocking,” he said. “The company has tried hard to move past its early issues of appealing to youth. This isn’t appropriate for the protection of public health and it isn’t good for the industry. It hurts adult smokers because Juul is a product that is successful in helping smokers switch.”

The decision is likely celebrated by some anti-nicotine groups who say Juul is the cause of the rise in teen vaping. That rise has also declined dramatically over the last 2-3 years. Recently, Juul Labs also settled several lawsuits related to youth marketing. Juul Labs — until recently the market leader in e-cigarette product sales — admitted to no wrongdoing in any of its settlements.

Tony Abboud, executive director of the Vapor Technology Association (VTA) said that he was surprised by the news because Juul was always expected to get an approval order.

“The reported denial of Juul’s PMTA application is stunning. While the company has certainly been at the epicenter of conflict, the amount of rigorous, peer reviewed science supporting their products’ ability to help smokers quit, raises serious questions about the FDA’s subjective balancing test, and whether public pressure campaigns will steer science policy,” said Abboud.

“Juul’s reduced risk tobacco alternatives are critical tools of smoking cessation that have been proven to help cigarette smokers across the U.S. save their lives through transitioning away from deadly combustible tobacco,” he said. ““This is a decision grounded in ideology, not science. It is a decision that will cause countless deaths that could have otherwise been prevented. For the sake of public health, it is a decision we hope will be overturned in the courts on appeal.”

In 2018, Altria spent nearly $13 billion taking a 35 percent stake in Juul. The company has taken non-cash charges on the investment as regulatory scrutiny of Juul and its marketing practices have impacted sales. As of March 31, Altria said the estimated fair value of its investment in Juul was $1.6 billion.

In 2019, Juul Labs announced it was suspending its print, broadcast and online advertising in the United States. That same year it halted the sale of its fruit and dessert flavors — including mango, creme brulee and cucumber — that were seen as a significant lure for teen users. The FDA also recently instituted a proposed rule to place a ban on menthol combustible cigarettes and flavored cigars. The menthol ban will not yet cover next-generation tobacco products, such as e-cigarettes, but the FDA has the authority to include them if it sees fit.

Juul Labs submitted its PMTAs in July 2020. At the time, the company said its submission included comprehensive scientific evidence for the Juul device and Juul pods in Virginia Tobacco and Menthol flavors at nicotine concentrations of 5.0 percent and 3.0 percent, as well as information on its data-driven measures to address underage use of its products.

Juul will not join NJOY as the only FDA-approved closed system, pod-style vaping device. The FDA is expected to make decisions on additional vaping brands that submitted timely PMTAs soon.

Now that at the FDA has approved a quality vaping product in Njoy, many tobacco harm reduction groups are hoping the FDA publicly clarifies that vaping is a less risky alternative to smoking combustible. A recent Rutgers University study found that more than 60 percent of all doctors incorrectly believe all tobacco products are equally harmful, making them less likely to recommend e-cigarettes for people trying to quit smoking.