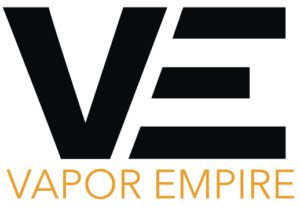 Vaper Empire has released its V-Nix Series pen vape. The device is available at the company’s online store. The new compact and reusable vaping device allows users to adjust the device’s airflow and wattage to match the user’s e-liquid and vapor preference.

Adjusting these settings allows V-Nix users to control the temperature at which the atomizer heats the e-liquid inside the tank and the amount of air that enters the vape while it’s in use.

“The V-Nix provides vapers with a high level of control that allows them to make quick adjustments aimed at achieving optimal performance with a wide variety of e-liquids,” said Jimmy Jones, Vaper Empire’s head of Global Operations. “We believe these features provide vapers with a better overall vaping experience and help accommodate a wider range of vaping styles.”

V-Nix comes with a refillable tank that allows vapers to fill and refill their tank. The tank’s dual-coil atomizer is designed to be user-replaceable and replacement atomizers are available for purchase from Vaper Empire’s online store.

The coils, which have a resistance range of 1.2ohms to 1.5ohms, are made from stainless steel and employ wicks made from 100 percent Japanese organic cotton, according to the release. The device is powered by a rechargeable battery with a variable wattage range of 10.5W to 13.5W that fully recharges in approximately one hour.