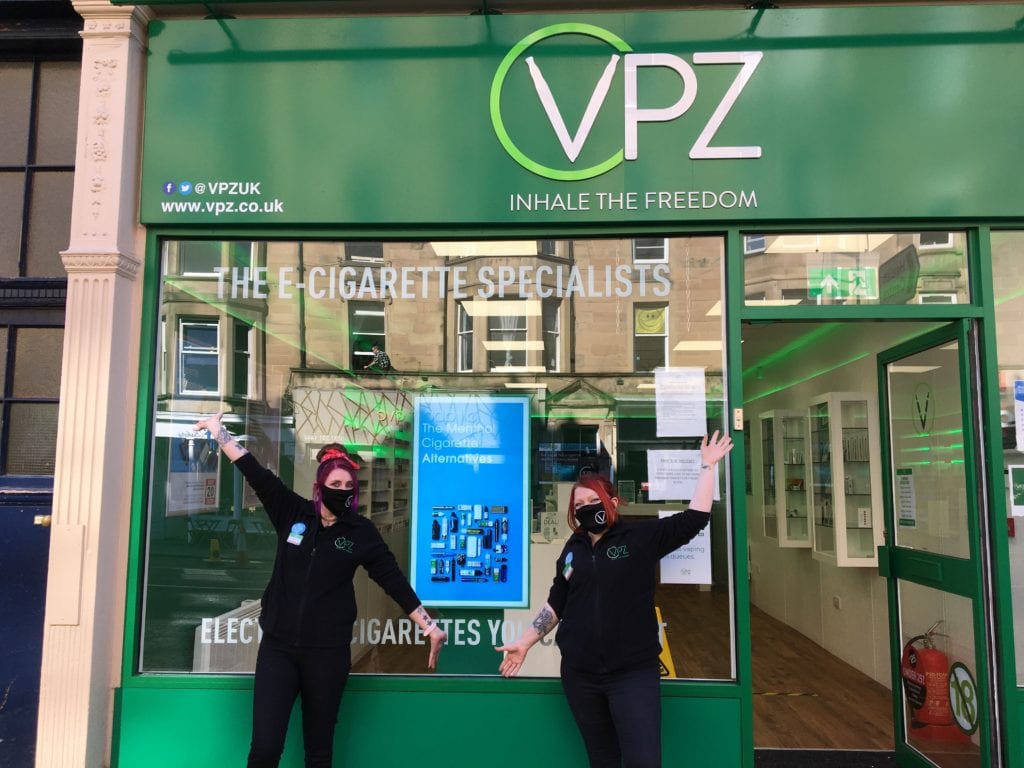 The UK’s largest vaping retailer VPZ has announced its intent to open 10 additional stores by the end of the year.

It comes as the business called for the UK Government to introduce tighter controls and licensing for selling vaping products.

The business will increase its portfolio to 160 locations across England and Scotland, including stores in London and Glasgow, according to a press release.

VPZ made the announcement as it takes its mobile vape clinic on the road throughout the country.

It comes as Government ministers continue to promote vaping, with Public Health England claiming e-cigarettes carry a “fraction of the risk of smoking”.

However, last month research indicated a steep rise in underage vaping over the last five years, according to Action on Smoking and Health.

Doug Mutter, director of VPZ, said that VPZ is spearheading the fight against the nation’s No. 1 killer – smoking.

“Our plans to open 10 new stores and the launch of our mobile vape clinic responds 100 percent to our ambition to engage with more smokers throughout the country and help them take the first steps on their quit journey.”

Mutter added that the e-cigarette sector could be improved, calling for greater scrutiny of those selling products,

“At the moment we have a challenge in the industry where imported, many unregulated, disposable vaping products are readily available from local convenience stores, supermarkets and several other general retailers with no age verification control or regulation in many of these,” said Mutter.

“We are urging the UK Government to act now and follow best practice from countries like New Zealand, where flavoured products can only be sold from specialist licensed vaping stores, where a challenge 25 policy is in place and consultation is aimed towards adult smokers and vapers.

“VPZ is also in favor of substantial fines for those who breach the rules.”