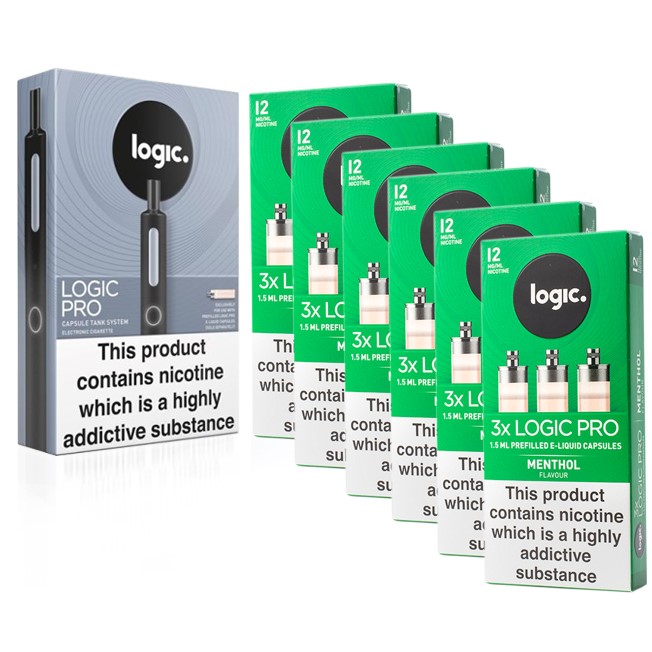 The move seems inline with the regulatory agency’s goal to ban menthol flavors from tobacco products. The FDA also isn’t expected to approve any flavored vaping product other than tobacco. In June, the National Institutes of Health and the FDA gave the University of Louisville a $3.6 million grant to study the effects of flavorings like mango and bubblegum used in vaping products. The study is still being conducted.

Gregory Conley, director of legislative and external affairs for the American Vapor Manufacturers Association, told Vapor Voice the latest move by the FDA to ban menthol vaping flavors is reminiscent of the agency’s “fatal flaw” review of PMTAs that resulted in millions of denials. The term “fatal flaw” was used by the FDA for PMTA submissions that didn’t have specific studies. The term has been at the center of nearly all lawsuits filed against the FDA for its handling of the PMTA process.

“The dysfunction at the FDA knows no bounds. For the last year-plus, the FDA has sat back deferred decision making on menthol vaping products,” Conley said. “Lest anyone believe that FDA was hard at work coming up with ways to achieve balance, today they revealed that their big plan for menthol vaping products is to follow the exact same ‘fatal flaw’ review process that has led to dozens of lawsuits being filed against the agency.”

The agency stated that after reviewing the company’s premarket tobacco product applications (PMTAs), the FDA determined that the applications “lacked sufficient evidence to demonstrate that permitting the marketing of the products would be appropriate for the protection of the public health (APPH), the applicable standard legally required by the 2009 Family Smoking Prevention and Tobacco Control Act.”

The announcement is concerning, especially since CTP is undergoing an external review in which many industry stakeholders have called for a comprehensive plan for PMTA reviews, according to Tony Abboud, executive director of the Vapor Technology Association. He says that the FDA’s action raises at least four major concerns.

“First, the announced rationale makes no mention of the net public health benefit prong, begging the question of whether FDA addressed that required element of the APPH test? Second, how is the public health benefitted by FDA’s approval of 123 new menthol cigarette/cigar products, given its inability to authorize a single less-harmful menthol vaping product?” Abboud asks. “Third, how can the Agency continue to rely on general (i.e., non-Logic specific) menthol youth data to impose a heightened Logic-specific cessation standard, especially given the dramatically reduced [National Youth Tobacco Survey] NYTS youth use rates and no apparent tie to Logic products?

“Fourth, is the Agency undermining its proposed menthol cigarette rule, given that FDA’s science shows that half of the predicted quitters under the proposed standard must switch to menthol vapes, none of which have been authorized?”

Logic must now decide if it will resubmit applications or submit new applications to address the deficiencies for the products that are subject to these MDOs. However, the FDA states that for non-tobacco-flavored e-cigarettes, including menthol-flavored e-cigarettes, “existing evidence demonstrates a known and substantial risk” with regard to youth appeal, uptake and use.

“The FDA conducts a rigorous, scientific review of submitted premarket tobacco product applications, evaluating the data for each product to determine if it meets the public health standard,” said King. “In this case, the applicant did not provide sufficient scientific evidence to show that the potential benefit to adult smokers outweighs the risks to youth.”

A recently accepted manuscript of an article set for publication in Nicotine & Tobacco Research found that flavored vaping and other tobacco sales restrictions in California did not affect youth e-cigarette use.

The MDO letter that Logic received today is not limited to the two products named above, according to the agency. In general, the FDA publicly names only products that the applicant is marketing to avoid potential disclosure of confidential commercial information.

Any products subject to an MDO may not be offered for sale or distributed in the United States, or the FDA may take enforcement action. These products cannot be legally introduced into interstate commerce in the U.S. without risking FDA enforcement. In March, the FDA authorized several tobacco-flavored e-cigarette products from the company under the Logic Vapeleaf, Logic Power and Logic Pro brands, including devices.

In addition to ensuring that Logic complies with this order, the FDA intends to ensure compliance by distributors and retailers. Specifically, the FDA notes that all new tobacco products on the market without the “statutorily required premarket authorization” are marketed unlawfully and their distribution or sale is subject to enforcement action.

Recently, the U.S. Department of Justice filed complaints for permanent injunctions in federal district courts against six e-cigarette manufacturers on behalf of the FDA. The cases represent the first time the FDA has initiated injunction proceedings to enforce the Federal Food, Drug, and Cosmetic (FD&C) Act’s premarket review requirements for new tobacco products.

Retailers should contact Logic with any questions about products in their inventory.