‘Bear bites man’ is a news story, of course, but ‘man bites bear’ is sure to make page one.

Look out! There’s a brown, big bear in that tree!

No, don’t concern yourself, there’s no bear; I was just making a point. No English speaker would utter that warning. What they would say is: Look out! There’s a big, brown bear in that tree!

If you string adjectives together in English, they follow a certain order in which, for instance, size—big—comes before color—brown—and, for that matter, age—old—comes before shape—fat—and both age and shape come between size and color. I don’t know what the order is off the top of my head, so I had to look it up to describe the examples above, but I, like others, use the correct order instinctively almost all the time.

The question is, does the order really matter? Well, from a practical point of view, perhaps.

After all, you wouldn’t want Joe, the person being warned, to get into a semantic argument about whether it was right to say the bear was brown and big or big and brown because, in the meantime, the bear might have come down from the tree and the arguments would turn to whether the animal in question could be described as an angry, big, brown bear, a big, angry brown bear or any of the other adjectival combinations available—and, finally, whether it was creating a big, bloody mess of Joe, or a bloody big mess.

On the other hand, languages evolve, and if it weren’t the case that the human race was going to be wiped out within the next 100 years by the effects of environmental breakdown, it’s not hard to imagine that, many years into the future, the creature in the tree might have become known by English speakers as a brown, big bear or, in a really progressive society, referred to according to a description chosen by bears or their democratically elected representatives.

Already, there is a tendency to flexibility—I would say laxity—over word order, especially when it comes to story headings. Take this one from insidesource.com: “Public health’s misinformation against vaping is eroding its credibility.”

The way that I read this heading is by assuming that “its” refers to vaping because “its” is closer to vaping than it is to the other referential candidate, “public health,” so that what I assume is being said is that the credibility of vaping—as a means of quitting smoking—is being undermined by the misinformation put out under the name of public health.

There is truth in this because such misinformation does get through to some smokers. But, when you read the story, it turns out that what is being said is that public health is undermining its own credibility by putting out misinformation about vaping.

Again, the question arises as to whether this confusion matters. I would say yes because I, and perhaps others, would be likely to skip over a story that was about vaping being undermined by public health misinformation because that happens all the time.

I would be much more likely, however, to read a story about the credibility of public health being undermined because such stories are rarer. “Bear bites man” is a story, of course, but “man bites bear” makes page one.

Finally, the point is that the heading could be fixed easily as “Public Health’s credibility eroded by its issuing misinformation on vaping.”

Given that both activities carry a level of risk, the question that public health would probably have preferred is “Vaping versus smoking marijuana: Which is worse for your body?” And this is not withstanding that these activities are seen by many people as having some positive outcomes.

My initial interpretation of the heading might have been perverse, but I think what was written could have been made clearer as “Which is better for your body, vaping marijuana or smoking it?”

While I usually ignore stories whose headings pose questions because I feel that I am going to be asked to do the story’s heavy lifting, this particular heading is intriguing. In fact, I would have read the whole story had I been a little cleverer and been able to activate the link from the synopsis that I saw.

Perhaps some would even have preferred the focus to have been on the soul. I don’t think there is a clue in the “eat this” name because in both cases we’re talking about inhalation. I guess I’ll never know.

The next heading I would like to look at is from thedrum.com and is perfectly clear as I read it: “Chinese vaping brand accused of flouting advertising rules designed to protect children.” It is clear, but it is misleading in an important way. Compare this heading: “Cudgel accused of breaking man’s skull in vicious daytime attack.”

Most people would laugh at such a heading, saying that you cannot accuse a cudgel of doing anything; the accusation must be aimed at the person wielding the cudgel. But by the same token, those people would probably not think twice about an accusation being leveled at a vaping brand, an equally ridiculous idea in my view. In fact, it is possibly more ridiculous.

It is conceivable that a cudgel could be made to stand in the dock and eventually be sent to prison as nonhuman animals have been in the past. But a brand does not have a bodily form.

The question is, as always, does any of this matter? I would say yes. Leveling the accusation at the brand lets off the hook those who allegedly caused the rules to be flouted.

What is likely to happen if the allegations are substantiated is that the company that owns the brand name will be fined, a fine that will possibly be recouped through increasing the price customers pay for the product. The person or people who allegedly caused the laws to be flouted will be unaffected and therefore free to repeat the offense either at the same company or at a new one.

I have written previously about the dangers of anthropomorphism, which crops up in such phrases as “vaping brand accused” and, of course, “the market panicked.” But having said that, I have to admit that it is almost impossible to avoid such anthropomorphism at times as observant readers and pedants will have noticed from a couple of stories above where “public health” is said to be up to all sorts of things that, in fact, only people working in public health can do.

The problem is that trying to insert phrases such as “people working in public health” every time becomes clumsy and, frankly, unnecessary. And, of course, there are instances where this sort of thing simply doesn’t matter. I recently saw an advertisement for “meditation for businesses.” But beware when it is said that a business was found to have been involved in money laundering.

Perhaps one problem with headings is that they are thrown together at the last moment and can thus carelessly undermine what might be an article that is worth reading. I noticed this heading in thejournal.ie: “Opinion: E-cigarettes are not part of the solution to a tobacco-free Ireland.”

The problem here, I think, is the word “solution,” which has been allowed to slosh about all over the place in recent years, and here is clearly adrift. I guess the heading should have read something like: “Opinion: E-cigarettes will not help solve Ireland’s tobacco smoking problem.”

I must admit that, initially, I was drawn to the following heading on nst.com.my because GEG are my initials: “Two million will die if GEG bill not passed.” Nevertheless, what I really like about this heading is that, without even knowing what GEG stands for, you know that the heading is correct, and, what’s more, you know even that its negation is correct.

So, the headline writer could have written: “Two million will die if GEG bill passed.” This is because people have finite lives. The 2 million people in question will die. That’s a certainty. What I suppose the headline writer must be getting at is that 2 million people will die prematurely if the bill is not passed. But, to my way of thinking, “dying prematurely” is one of those odd concepts that seems nevertheless to be universally accepted. Surely, it’s just a case of when your number’s up, it’s up.

If you quit smoking and, on your first smoke-free day, you don’t stop at the tobacconist, you might get hit and killed by a driver jumping the lights at the intersection, something you would have avoided by stopping at the store. But, to my mind, you wouldn’t have died prematurely even then.

In any case, from the synopsis of the story, it seems as though the emphasis wasn’t on “saving lives;” it was about saving money. Tax revenues from sales of cigarettes weren’t covering the costs of treating smoking-related diseases. A cynical person might be forgiven for reaching the conclusion that the smokers were seen not to be dying “prematurely enough.”

And you can look at this another way. By giving up smoking and living a little longer, those 2 million people will have a greater negative impact on the environment than if they had died earlier and therefore might be responsible for the earlier deaths of others. Life and death are not simple matters.

Now, I would like to draw attention to a heading at colinmendelsohn.com.au: “New Campaign Outlines the Real Truth About Vaping.”

Colin Mendelsohn is one of those brave souls who has for a long time been trying to inject some rational thinking into the debate in Australia about the use of vaping as a means of helping smokers quit their habit—a debate that has been seriously marred by misinformation. I mean, look at the heading. What does it say about us when Mendelsohn feels it necessary to include the word “real” before the word “truth”?

OK, this heading from The Herald is way beyond the usual range of stories for a vape-focused magazine, but I just cannot resist it: “Zimbabwe: Tobacco farmers earn $7 million in three days.” At one and the same time, this heading, reporting on April 5 on the first three days of leaf tobacco sales for the 2021–2022 season, is true but manages to grossly understate the work of tobacco growers and imply, incorrectly, that these growers were enjoying some sort of bonanza.

Tobacco growers work long days, mostly out in the open, during a long, worry-filled season that can be upset by a whole range of often uncontrollable factors, including plant diseases, unhelpful weather and unscrupulous middle operators. And what do they get at the end of it?

Well, according to The Star newspaper, reporting more or less at the end of the sales season, growers received an average of about $3.05 per kilogram for their tobacco, a figure that was up 9.3 percent on the $2.79 per kilogram they received the previous season. 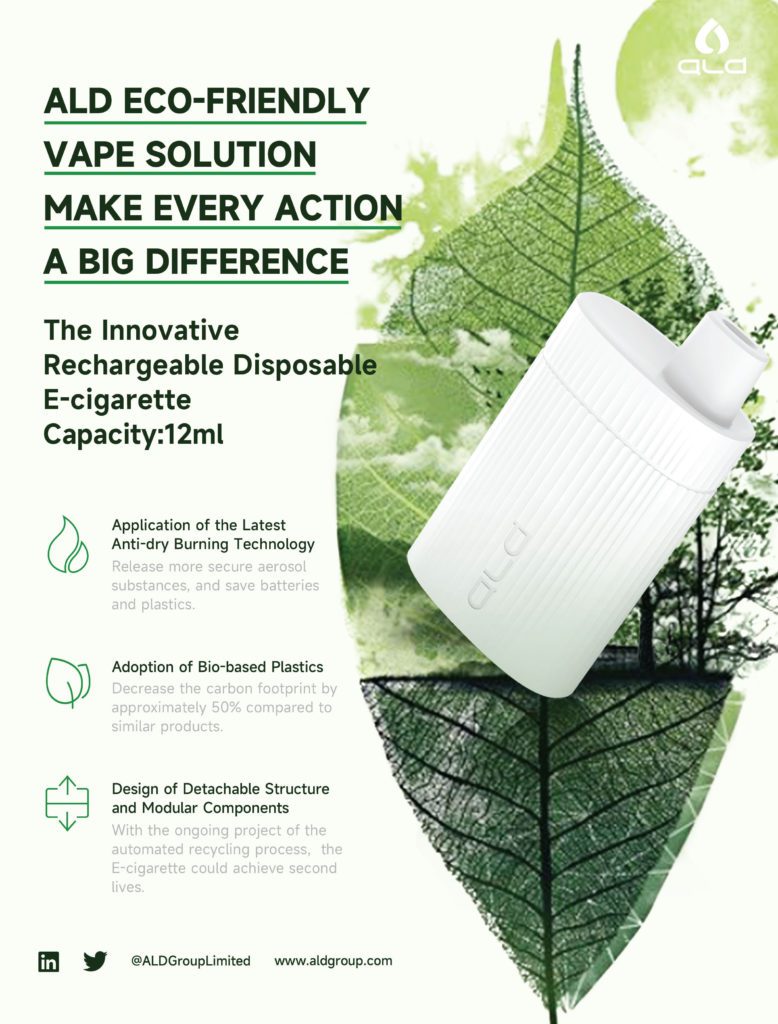