CTP Director Brian King’s stated ambition to build on the “strong foundation” laid by his predecessors inspires less confidence than he likely intended to communicate.

It is usually seen to be a good thing that something has solid foundations, but this is not necessarily so if an architectural carbuncle has been built on those foundations. In this case, those foundations simply make it more difficult to pull the whole edifice down once it has been generally admitted that what has been created is not in the public interest and has to go.

In what was billed in September by the U.S. Food and Drug Administration as an interview with Brian King, the new director of the FDA’s Center for Tobacco Products (CTP), King was quoted as saying he intended to build upon the “strong foundation of my predecessors.” This is a strange turn of phrase and could perhaps have been better presented as the “strong foundation built by my predecessors,” but never mind.

That aside and given that one has to be diplomatic on the occasion of such an interview, I still wonder what he meant by this statement. As above, a strong foundation is usually seen as a positive, but it is hard to see much that is positive in the legacy on which King has been left to build. I see the foundation he has inherited as anything but strong—as comprising lumps of immovable ideology mixed unevenly with political interference and legal interventions.

And such a foundation is the very opposite of what King later claims to be the CTP’s driving force—science. Once science melds into such a solid, stultifying foundation, it’s time to call it a day. It’s time to pull the whole edifice down and start again. All that will arise from that foundation will be a dreadful carbuncle.

King goes on to say that the CTP aims to achieve its longstanding vision of making tobacco-related disease and death a part of America’s past not America’s future. Bold, if hackneyed words, but visions, in my experience, are things usually experienced by people of faith rather than those of science and often by those in need of help.

And this seems to chime with the foundation on which King is apparently going to build—a foundation that has seen the CTP, time and again, undermine e-cigarettes, the one product that has the potential, in the hands of lightly regulated U.S. entrepreneurs, to encourage a significant proportion of smokers to quit their habit while providing them with a satisfactory substitute.

I don’t want to criticize King or the CTP unreasonably, but words have meanings, and if you set out to release the text of such an interview, those words should be chosen with care. King goes on to say that the CTP comprises “a dedicated team of more than 1,000 staff who work day in and day out to tirelessly achieve this mission.” Readers will notice here how the “vision” seems to have become a “mission” underpinning the seemingly faith-based nature of the undertaking.

But there are other aspects of this wording that I take issue with. I’m sure that a lot of those who work at the CTP are good at what they do and keen to achieve the CTP’s aims, but, as in any other group of 1,000 or more people, there will be variation in their skill levels and attitudes. It doesn’t do, I think, to make this sort of sweeping statement about the employees of an organization that some people, perhaps many people, have found wanting. This is the sort of statement made by politicians not scientists. Nor does it help to use the sort of language that has these people working day in and day out tirelessly to achieve this mission. It seems to attempt to posit these 1,000 or more people as somehow superior to the rest of the U.S.’ workers, who presumably are seen to spend some of their days goofing off work.

Some of the claims made by King seem not to stand up to scrutiny. Certainly, I would have remained [quit] rather than say, as he did, “Over the past 13 years, CTP has made significant strides in … reviewing new tobacco products before they can be legally marketed.” My observation is that if strides have been made in this respect, they have been made through treacle, with the inevitable mess that such high stepping involves.

But I think that the worst aspect of the interview is what it fails to say rather than what it says. It contains no humility, no admission that some aspects of the CTP’s work have not gone as well as one might have hoped—might have expected given the organization’s hardworking team.

The interview is couched in corporate speak and reflects the political zeitgeist that has it that admitting mistakes demonstrates weakness whereas, in reality, such admissions show strength and can comprise the first steps in avoiding mistakes in the future and moving on to a better place.

And I cannot help thinking that tobacco use reduction is not about science but about devising regulations and the enforcement of those regulations. Medical science might inform why you need to try to reduce tobacco use, but it has little to say about how you should control it.

In part, such confusion occurs because the words “science” and “scientist” are used to cover such a wide range of activities and people. It is very much like engineering and engineers in this respect, as is summed up in the old story of two acquaintances meeting in the street:

Nancy: Nice dog. Is it yours?

John: Yes, I got him last week.

Nancy: Really? You know, I never saw you as a dog person.

John: You’re right in a way; I’m not a dog person. But I thought he would be useful, his being an engineer and all?

Nancy: Did you say he was an engineer?

Nancy: An engineer? How do you figure that?

John: Well, every time the doorbell rings, he makes a bolt for the door.

Surely, it must have been the CTP’s dog that answered the door to the deeming of vaping products as tobacco products; it couldn’t have been a scientist. And yet King makes out that “[s]cience is central to the important work we do.”

But my suspicions about this claim are roused when he talks, as he does in the interview, of “sound science,” as if he believes there is such a thing as unsound science. But my ideas align with his when he talks of the “best available science,” because here he seems to be validating the idea that all scientific findings are always open to challenge in the future.

But he loses the plot, to my way of thinking, when he talks of one of the themes of his tenure at the CTP: communication. “Clear, transparent and timely communication is also important to me, including proactively messaging on the great progress our center continues to make on key priorities,” he says. This “proactively messaging” is political-type grandstanding from atop the corporate-type vagueness of the undefined “great progress” and “key priorities.”

There was a certain irony in King talking of clear, transparent and timely communication because, below the interview as I received it in an email, were links to six stories under the heading “In case you missed it: Recent CTP news,” one story of which was headed “CTP Updates ‘Grandfathered Tobacco Product’ Term to ‘Pre-Existing Tobacco Product.’”

Apparently, this change had been made because it was discovered that the grandfathered term “when used to describe someone or something exempt from a new law or regulation—has its roots in 19th century racist voting laws.” To me, this then is a progressive move.

Of course, it seems as if it has taken a while to bring it in, which is in opposition to King’s aim for timely communications, but hey, let’s be generous, King was certainly not head of the CTP when the term “grandfathered” was first used by that body in reference to tobacco products.

Still, my question is, given a substitute term was deemed necessary and given that clear communication is the aim, why wasn’t a better term than preexisting used? The problem with preexisting, as with grandfathered, is that, standing alone, it is meaningless or almost confusing.

Preexisting only makes sense in reference to a date or an event, so “preexisting tobacco product” might be seen by some—awkward customers, admittedly—as referring to something that predated the introduction of tobacco products.

It has to be admitted that this problem is difficult to sort out now. For whatever reason, the grandfathered date as it was then known was set by the CTP as Feb. 15, 2007. So, the only way to make sense of things as they stand would be to make the term “Preexisting Feb. 15, 2007, Tobacco Product.”

This would be understandable without reference to anything else, but it is a little clumsy. To make things simpler, I would be inclined to pretend that the grandfathered date had been Jan. 1, 2007. That way the term could be “Preexisting 2007 Tobacco Product.” What could be more clear or timely? I’m not sure what transparent communication involves.

But perhaps it refers to the graphic tobacco package health warnings that the FDA has been trying to bring in for some considerable time. Certainly, it’s not hard to see right through the proposed warnings.

Also accompanying the interview was a link to the story “Postponed: Cigarette health warnings effective date now Oct. 6, 2023.” The story explained how, on Aug. 10, a U.S. court, hearing a case brought against the FDA by R.J. Reynolds Tobacco Co., had ordered a further postponement of 90 days in the effective date of the “Required Warnings for Cigarette Packages and Advertisements” final rule. Despite the postponement, the FDA urged those affected by the requirement to append warnings to tobacco packaging to submit their plans for doing so as soon as possible but no later than Dec. 7, 2022.

I don’t know on what grounds Reynolds made its challenge. What interests me here is King’s claim about communications necessarily being clear, transparent and timely and how this fits with the proposed tobacco package warnings.

If it had been me, I would have aimed for the CTP’s communications to be truthful and effective, which would have ruled out most of the communications provided by the warnings, I believe. I find the wording of the warnings quite odd. I’m not a medical person, but I find it confusing that the word “can” seems to be sprinkled about without rhyme or reason. So, you have “Smoking can cause heart disease and strokes by clogging arteries,” but “Smoking causes cataracts, which can lead to blindness.”

The only meaning I can take from these particular warnings is that some smokers develop heart disease and strokes while all smokers wind up with cataracts, and some of those go blind. Is this true, I wonder? Certainly, it is not true that never having smoked protects you from ever developing cataracts.

As these warnings stand, they are not clear, timely or truthful. In fact, by being sparing with the information they provide, they appear designed to mislead. Smokers aren’t stupid; they can see through this sort of transparent message.

I believe that King’s introductory interview was poorly conceived and executed. The people involved in tobacco and nicotine, at whatever level, deserved better. 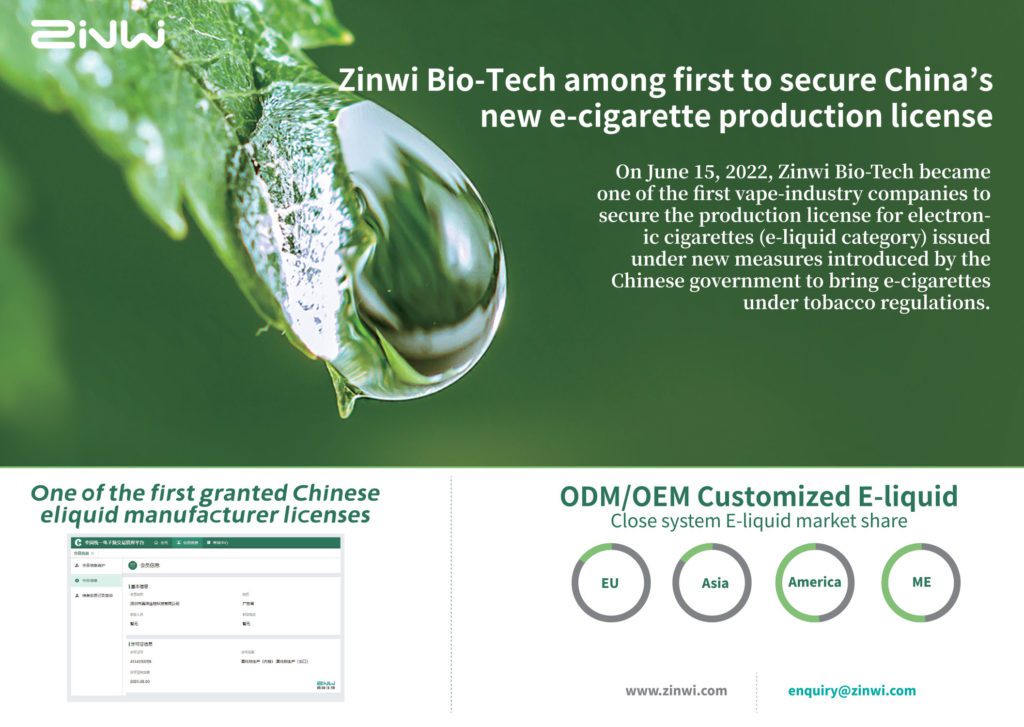