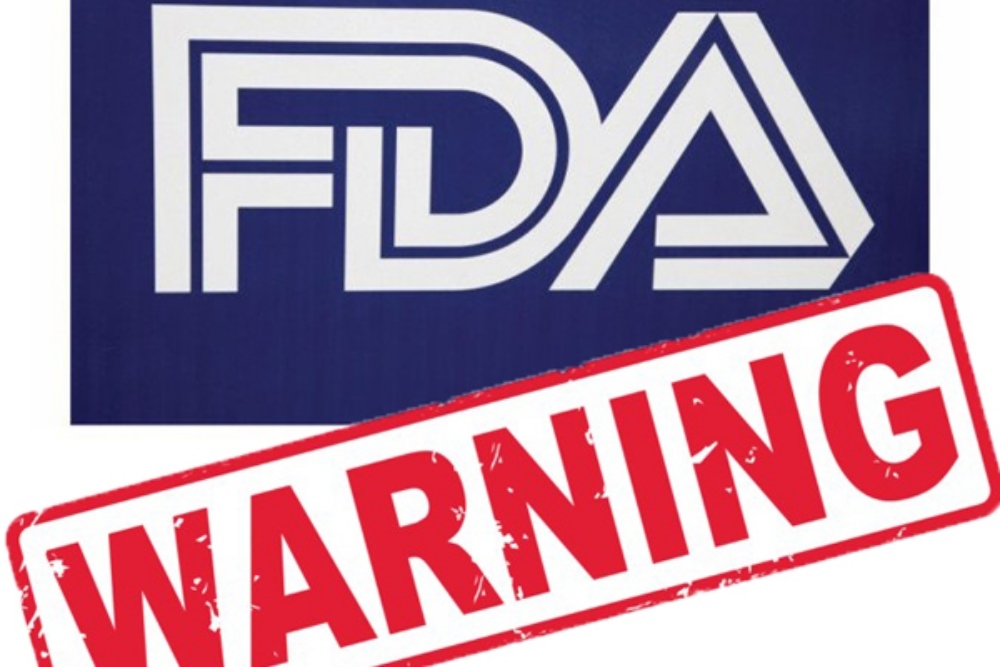 The U.S Food and Drug Administration issued warning letters to five firms on Wednesday for the illegal marketing of 15 different e-cigarette products.

According to the FDA, all 15 products are packaged to resemble toys, food or cartoon characters.

“The designs of these products are an utterly flagrant attempt to target kids,” said Brian King, director of the FDA’s Center for Tobacco Products. “It’s a hard sell to suggest that adults using e-cigarettes with the goal of quitting smoking need a cartoon character emblazoned across the front of the product in order to do so successfully.”

None of the manufactures have submitted a premarket tobacco product application (PMTA) for the unauthorized products. The items described in the warning letter include e-cigarettes that are designed to look glow sticks, walkie talkies and Nintendo Game Boy game systems.

“The FDA is committed to keeping tobacco products out of the hands of our nation’s youth,” said King. “The agency will continue to hold companies accountable for illegally selling e-cigarettes, particularly those that shamelessly target youth.”

Additionally, the products feature characters from cartoons and media that are aimed at a youth and/or teen demographic including The Simpsons, Family Guy, Squid Game, Rick and Morty, Minions and Baby Bus, as well as imitate youth appealing foods such as popsicles.

The FDA states that each of the defendants failed to submit PMTAs for their e-cigarettes and have continued to illegally manufacture, sell, and distribute their products, despite previous warning from the FDA that they were in violation of the law.