The Right to Be Heard 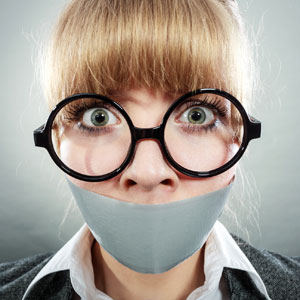 In a recent commentary piece in the journal Addiction, professor Jim McCambridge from the University of York said that academic journals should not publish any e-cigarette research funded by the tobacco industry. But research and innovation—whether or not conducted or funded by industry—have the potential to immeasurably improve people’s lives. This is as true for the tobacco industry as any other industry and is particularly relevant given that with e-cigarettes, we now have potentially revolutionary products in tobacco harm reduction.

Many in the public health community believe that e-cigarettes represent a historic opportunity to save millions of lives and drastically reduce the public health burden of smoking-related diseases. We need to be able to trust the science and research that comes out of the industry driving this revolution, and the regulators that oversee it. Doesn’t this mean that we need to foster a culture of collaboration, cooperation and greater—not less— transparency? It therefore makes no sense to suggest that the science on which this innovation is based be censored or hidden from the scientific community, the public, consumers or regulators. It makes no sense that the science conducted by companies that research and manufacture e-cigarettes, or indeed any product we consume on a daily basis, be banned from publication. It is in everyone’s interest that scientific results are demonstrated to be based on research that is repeatable, traceable, and open for critique and comment by the scientific community. Censorship and publication bans are not the way to achieve this.

Industry plays a crucial role in the research process, which is not likely to change. Society in general expects that this research be tied to commercialism, and so much of the science supporting innovation, from green chemistry to new drugs, will happen in companies not universities. All of us depend on industry to put research results into practice—to feed us, clothe us, get us around and provide medicines when we are ill. Industry scientists outnumber academic research scientists, and industry funds more research than any government or noncommercial organization.

A common view is that industry scientists have conflicts of interest and that this conflict influences the integrity of the science—that these scientists are compromised and that the science should be viewed to some degree at least to be of suspect credibility or value. Regrettably, much of this debate mixes up bias and conflict; if all conflicts were banished forever, there would still be many sources of bias. But conflicts of interest are not, in themselves, determinants of bias.

You could argue that of course industry scientists are conflicted—of course they want the research to yield positive results, better products, advances in technology, etc. But it is not necessarily biased. If industry scientists were truly biased, how do we explain the marvelous innovations and advancements that have so successfully and so immeasurably enhanced all our daily lives?

Science students are more likely to end up working for an industrial organization than for a government or university. They can’t all be bad. That is not to say that mistakes have not been made in the past. But surely we can learn from these mistakes and work together to engender a culture of transparency and collaboration—to fulfill our duty of care and to ensure that society benefits from the immeasurable good possible through scientific and technical innovation and expertise.

In his commentary, McCambridge concedes that his proposal to ban the publishing of tobacco-funded e-cigarette research is not based on the evidence of any current misconduct on the part of the tobacco industry with regard to research it funds on e-cigarettes, but on evidence of decades-old misconduct. His proposal is based on his own belief that this misconduct occurs, and he suggests creating a register that does “not rely exclusively on self-disclosure,” a suggestion that one commentator called a “new McCarthyism in which allegation stands in place of evidence and where the appearance upon such a blacklist could destroy a researcher’s career.”

This commentator goes on to say, “Here is a real danger of creating an academic environment in which allegations have supplanted proof when it comes to scientific misconduct … suspicion has assumed primacy over evidence.”

It cannot be right to judge an industry based on incidents that happened many decades ago, in a different world, in a different century. Indeed, generations of scientists have passed through the doors of the research laboratories of the tobacco industry since then. The scientists in our laboratories believe in tobacco harm reduction and the potential of e-cigarettes and other next-generation products. We all accept that there is a huge public health benefit to be gained by reducing or eliminating the impact of tobacco-related disease. In our capacity as scientists, it is our role to create the science needed to develop products that are substantially reduced-risk compared to combustible cigarettes and that are acceptable to those who wish to continue to use nicotine.

In the past few years, hundreds of millions have been invested by the tobacco industry in e-cigarettes and other next-generation products. These products are now used by millions of consumers. Vaping represents a new subculture, with its own jargon and its own technology. High levels of investment means that this technology is evolving rapidly and is often the topic of conversation, controversy and debate. Almost every day, e-cigarettes appear in the mainstream media. Vaping is trending!

A clear advantage of this “trending” is that smoking cessation now enjoys a place on the news agenda like never before. Smoking cessation had not been covered in any depth until relatively recently. E-cigarettes may take the lead in much of the coverage, but smoking cessation and nicotine are both now routinely featured in mainstream science and health coverage. Another advantage to this is the fact that nicotine, once much maligned, is now widely understood not to be the cause of tobacco-related disease. This contrasts sharply with the situation just a few years ago, when a survey of general practitioners revealed that 40 percent of them thought that nicotine was the first or second riskiest component of tobacco smoke (see info box). It isn’t. It is the toxicants produced as a result of burning dried tobacco that are responsible for the development of tobacco-related diseases, from cardiovascular disease to cancer.

Research has shown e-cigarettes to be better than existing nicotine-replacement therapies or nothing at helping smokers quit smoking. That e-cigarettes are substantially less risky than conventional cigarettes is also a view endorsed by Public Health England, Cancer Research UK, Action on Smoking and Health and the British Heart Foundation.

There is much to be positive about when it comes to all this activity in e-cigarettes. The category is rapidly evolving. Smoking cessation is getting the attention it deserves, and nicotine is better understood than ever before. But this progress cannot and will not continue in a scientific vacuum, and much of that science does and will come from the industry. This science deserves to be reviewed, shared and debated. It is only in this way that the industry can show that it conducts research to the highest standard and demonstrate integrity and best practice. We need more transparency, not less.

There have been examples of scientific misconduct. The worse examples are plagiarism, double publishing of results and falsifying data. There have been a few cases (not in the tobacco industry) in the past decade, but in most cases the peer review system has successfully rooted out the small (though often potentially extremely high-impact cases) number of misconduct cases. Peer review is not perfect, but it is very effective. And if there are doubts about this effectiveness, that needs to be dealt with. It is, after all, an ancient system operating in a modern world.

Advances in science and technology over the last millennia have realized benefits in every facet of mankind’s existence, from shelter and food to health and mobility. No scientific bodies have driven this progress more so than industrial scientists as they apply fundamental science to deliver their products. It is imperative that industry science continues to be seen as a flagship for scientific integrity, and to this end, all science deserves the opportunity to be commented upon and critiqued objectively by the scientific community through continued engagement and peer review.

A study of GPs in the U.K. and Sweden, published in Drugs and Alcohol Today, revealed that many hold the view that one of the greatest health risks from smoking is nicotine

The study participants (100 in the U.K., 120 in Sweden) were asked about the risks associated with tobacco and nicotine products, smoking cessation and tobacco harm reduction approaches, and influential sources of information.

The survey findings show that a substantial proportion of GPs (40 percent) believe nicotine to be the first- or second-riskiest component of cigarettes, incorrectly identifying it as more harmful than smoke.